This fully narrated cruise takes you along Maligne Lake, the largest glacially fed lake in the Canadian Rockies, part of the UNESCO-listed Jasper National Park. 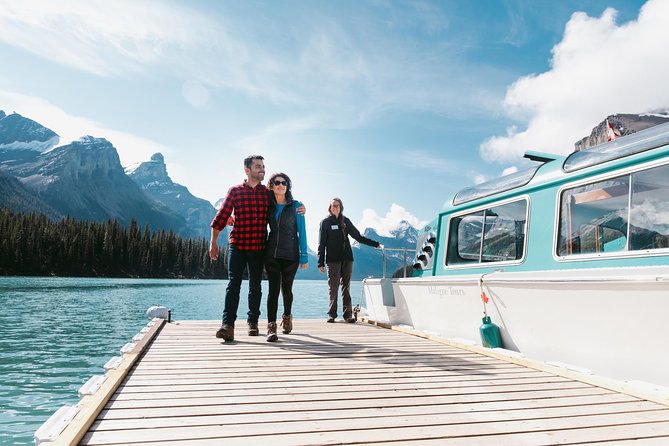 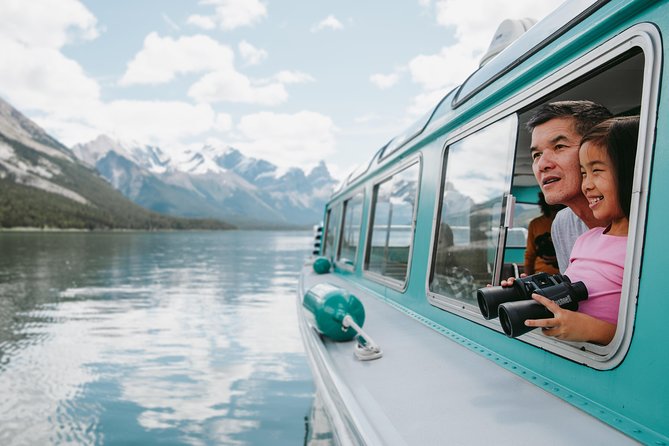 Keep your camera close while scanning for eagles, bears, goats, and deer that call this area home. 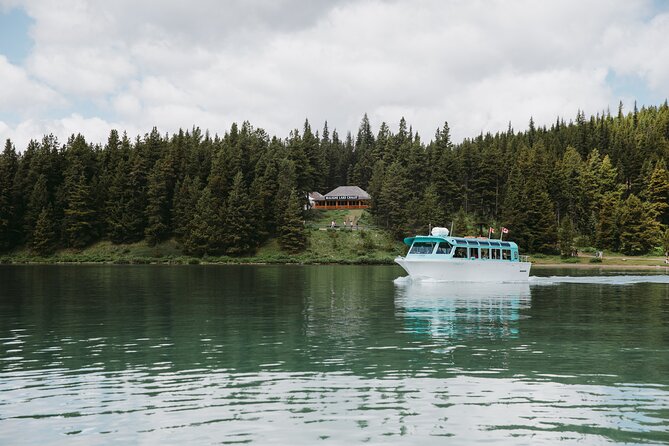 Maligne lake was well known to First Nations of the area, including Samson Beaver, who knew it as Chaba Imne (Beaver Lake). He drew the first map of the lake and the route to it for Mary Schäffer in 1907. Schäffer was an explorer and artist of the Rocky Mountains area who, being the first non-native to visit Chabna Imne, was accredited with the discovery; which she attached the name Maligne Lake. The first European to actually see the lake was Henry McLeod, scouting routes for the CPR in 1875. When he sighted it, he was high in the mountain range and did not actually go into the lake area or identify the route to the lake. June 8, 1908, with the help of Samson Beaver's map, Schäffer , her travelling companion Mary (Mollie) Adams and the guides Billy Warren and Sid Unwin, set out from Lake Louise to reach the lake. When they arrived at the lake, they explored it with the means of a raft, nicknamed HMS Chaba. At the request of the Canadian government, Schäffer returned in 1911 to survey the lake in more detail. Mary Schäffer also named several of Maligne Lake areas mountains and peaks. Mary Schäffer's books of the Maligne Lake area attracted tourists from all over the United States.

Maligne Lake is the location of two Alberta registered historic buildings, the Maligne Lake Chalet and accompanying guest house, washhouse, and cache, all built in 1927 by Colonel Fred Brewster as a part of his "Rocky Mountain Camps". For a time, the Maligne Lake Chalet was the largest, most luxurious accommodation in Jasper National Park. The other historic building is the boathouse, built by Donald "Curly" Phillips in 1928 to accommodate his wilderness guiding and fishing business. In the same year, he finished construction of the first Maligne Lake tour boat, Leah (named for Leah Samson, wife of Samson Beaver). Philips resided in his boathouse until his death in an avalanche (1936, aged 52).

Curly Philips is credited with stocking Maligne Lake with brook trout, packed overland in barrels. Then in the 1970s, Parks Canada decided to introduce rainbow trout to make sport fishing in Maligne lake more difficult. The largest rainbow trout in Alberta was subsequently caught in this lake (20 pounds 4 ounces or 9.2 kilograms) by the means of sport fishing. The record fish was mounted and is currently owned by Currie's Guiding and Tackle, Jasper. Jasper National Park staff later introduced brook trout. The third largest brook trout in the world was also sport fished from Maligne lake and is owned by David Robson of Hinton, Alberta.

Inside the Maligne Lake Boat Cruise

A wonderful trip! The guide on the boat was both entertaining and knowledgeable. Great opportunity to take some wonderful photographs.

Enjoyed our boat ride out and back as well as walking some trails around the headquarters. Need to add another 5-10 minutes to the stop at Spirit Island. Seemed like we were rushed. Maligne Canyon on the way back to Jasper was a perfect way to complete the trip!

The Maligne Lake Cruise shouldn't be missed. magnificent scenery..... One piece of advice book your cruise ahead, boats were completely booked when we arrived. It's a long beautiful drive out to the lake but knowing your cruise time ahead reduces stress and who needs that when traveling.... Staff was knowledgeable and friendly. If your in Jasper you've got to go!!!

Great cruise, the scenes was beyond...
Janice B

Great cruise, the scenes was beyond belief! So beautiful, and the guides were very informative. highly recommend.

Up Maligne Road from Jasper.